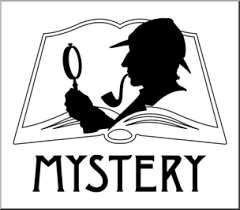 Nearly 40 years ago, an older family member confided to me that, according to secret family lore, my father–born in 1903, the youngest of four children–was not the son of Granny Amy’s husband, Granddad Fred. Neither my brother nor I found this to be very surprising; it explained our father’s estrangement from his brothers and sisters and his love/hate relationship with Granny Amy.

But although there were broad hints (Dad was said to be named after his biological father, a prominent man in our small Midwestern city), my brother and I had no way of confirming whether there was any truth in the family whispers. I began doing the family-tree thing 20 years ago–but it only showed us how much we couldn’t know. Until the on-line family tree services came along and I began posting what we knew of our family tree. We learned a little more.

Last year, we added DNA kits to our tree and began collecting matches. It was easy to recognize the many matches from our mother’s large family, settlers of colonial Virginia and pioneers of the 18th and 19th centuries’ westward movement into Kentucky and Missouri. There were fewer matches from our father’s mother’s side–understandable, since Granny Amy and her mother and father were late-comers, arriving at Ellis Island only in the 1870s. And no matches at all–zip, zero, nada, none–from Granddad Fred’s family, a populous and still prominent tribe that settled a city near our hometown. When it comes to DNA, a negative result is strongly positive. It appeared that we have no DNA cousins in that family. Whoever Dad’s father was, he did not seem to have been Granddad Fred.

So we got to work. Combining the massive resources of Ancestry’s records database (census, birth/death, marriage, public family trees, DNA records) with some on-site traditional genealogical sleuthing, we were able to identify and locate Granddad John, the man who (according to the intriguing family story) was our biological grandfather. He died a few years before my brother and I were born, but we have learned quite a bit about him and his family. Neither he nor his siblings produced any other biological children, so we can’t expect to discover any DNA-confirmed close living cousins. But we are finding a small clan of distant cousins, DNA-confirmed descendants of our biological grandfather’s grandparents and great-grandparents. We have even been able to create family trees for both sides of Granddad John’s family and to learn, from the historical record, who they were and where they lived.

As I’m sure you can imagine, there’s a great deal of satisfaction from these discoveries. Granddad John’s family accounts for about 25% of our DNA. They’re an important part of who we are and how we got here. There’s some sadness, too, but that’s mostly outweighed by a greater understanding of the sources of our father’s unhappiness. Both my brother and I feel we understand him better:  a closed, insular man who must have known the truth about his biological father and felt the disconnects with his half-siblings. That’s worth quite a bit to both of us.

Those of you who have followed my passion for women’s stories and my long relationship with the Story Circle Network can understand the importance of this family story to me. All of us have secret stories hidden in the depths of our families, often over many generations. Exploring those stories–opening out the dark mysteries to the light–can teach us a great deal about who we are. I hope you’ll be encouraged by our success to do some family-style digging of your own. And if you have, that you’ll find ways to share your story. In the largest sense, your story is mine, my story is yours. We are all one story, as I wrote many years ago in Writing From Life. We live most largely when we recognize that truth.

P.S. “Wittig” is not my birth name, so please don’t try to climb that family tree. It is a name from my first marriage, the name of my wonderful children and the name under which I earned a doctorate back in the day when that was still an unusual achievement for a woman in my field. It means a great deal to me, but there’s no DNA there. And Albert is Bill’s name, assumed because we write together. I have been privileged to make my names a matter of choice.

52 comments on “A Family Mystery”