Week 1
January 5-6. Twelfth Night and Twelfth Day/ Time to take down those holiday decorations.
January 8-10. Loving Eleanor on the big screen? You can help! Go here to vote (Wednesday Jan. 8, 10 am PT through Friday Jan. 10 4 pm PT)
January 12. On this day in 1943, the U.S. government announced that “Victory Sausages’ would replace “frankfurters” for the duration of the war against Germany.

Week 2
January 13. In pre-Christian Ireland, the Feast of Brewing was celebrated about this time
January 17. Blessing of the Animals Day in Mexico, in honor of St. Anthony Abbot. In the English West Country, this is the traditional Wassail Night—time to wassail your apple tree!

Week 3
January 20: Today is the feast day of St. Sebastian, patron saint of gardeners. It is also the Eve of St. Agnes’ Day, traditional night for dreaming of your lover.
January 23. National Handwriting Day
January 25. Today is the birthday of Robert Burns, the famous Scottish poet. It is also National Irish Coffee Day. 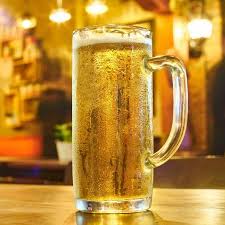 A fine beer may be judged with only one sip, but it’s better to be thoroughly sure.–Czech proverb

Without question, the greatest invention in the history of mankind is beer. Oh, I grant you that the wheel was also a fine invention, but the wheel does not go nearly as well with pizza.–Dave Barry

People have been brewing beer for over six thousand years. It is thought that the Sumerians discovered the fermentation process by chance, perhaps when bread accidentally got wet. The earliest account of brewing pictures wheat or barley bread baked, crumbled into liquid, and fermented—a process involving natural yeasts—into a tasty drink.

Beer (sometimes called “liquid bread”) has been an important foodstuff in many cultures, especially in places where the water was impure. People of all ages drank it throughout the day, and workers were often paid with jugs of beer. Some beers played an important part in worship, where they was considered to be the source of inspiration from the gods, and were ceremonially prepared and ritually drunk by priests, such as the Druids who celebrated the Celtic Feast of Brewing. Laws were frequently made to regulate the consumption of beer. For example, the Puritans were allowed to drink only two quarts of beer for breakfast.

And yes, from the beginning, herbs have played an important role in the brewing of beer. The best-known of these flavorful herbs, hops, were not added to beer until the seventeenth century. Instead, other herbs, in a locally-created mixture called gruit, provided more subtle, complex flavors: bog myrtle, yarrow, rosemary, juniper berries, ginger, caraway seed, anise seed, nutmeg, cinnamon, wormwood, sage, broom. And rather than barley or malt, some herbs—such as ginger, nettles, St. John’s wort, and dandelions—were the primary ingredient of some delicious beers. For example, ginger beer was a much-loved nineteenth-century drink, in both England and America.

Boil the ginger half an hour in a gallon of water, then add the rest of the water and the other ingredients, and strain it when cold, add the white of one egg beaten, and half an ounce essence of lemon. Let it stand four days then bottle it, and it will keep good many months.—Miss Beecher’s Domestic Receipt-Book

Sacred and Herbal Healing Beers: The Secrets of Ancient Fermentation, by Stephen Buhner
The Homebrewer’s Garden: How to Easily Grow, Prepare, and Use Your Own Hops, Malts, Brewing Herbs, by Dennis Fisher

During Hot Tea Month, spend some time learning about tea (Camellia senensis), one of the three most wonderful herbal beverages in the world (coffee and beer are close seconds, in our opinion). Read a cultural history of tea, learn how it changed the world, and find out how to choose it, store it, and brew the perfect cup.  (Your purchases help to support Story Circle.)

If you live in Zones 8 or 9, celebrate St. Sebastian’s Day by planting parsley for a spring harvest in April and May. For more about parsley and a pair of parsley recipes, listen to All About Parsley, the first of the ten podcasts in Susan’s series, About Thyme.