Herb of the Year for 2022:  Viola (violet, heartsease)  named by the International Herb Association
Flower of the Month for January: Carnation, symbolizing love, fascination, distinction
January is Hot Tea Month
January Feature: How Our Foremothers Coped with Sore Throats

Week 1
January 4. National Spaghetti Day. Easy-peasy one-pot meal, welcome after the elaborate meals of the holiday.
January 5-6. Twelfth Night and Twelfth Day/ Time to take down those holiday decorations.
January 12. On this day in 1943, the U.S. government announced that “Victory Sausages’ would replace “frankfurters” for the duration of the war against Germany.

Week 2
January 13. In pre-Christian Ireland, the Feast of Brewing was celebrated about this time
January 17. In the English West Country, this is the traditional Wassail Night—time to wassail your apple tree!

Week 3
January 20. The Eve of St. Agnes’ Day, traditional night for dreaming of your lover.
January 21. The Celtic Month of the Rowan begins today. (Read about it in China Bayles’ always-thymely Book of Days)
January 23. National Handwriting Day. (What does this have to do with herbs and plants? See the To-Do List below.)

Week 4
January 25. Today is the birthday of Robert Burns, the famous Scottish poet. It is also National Irish Coffee Day. And yes, coffee is an herb, too.
January 27. National Chocolate Cake Day
January 28: National Blueberry Pancake Day
January 31: The Coca-Cola trademark was recorded on this day in 1893

How Our Foremothers Coped with Sore Throats 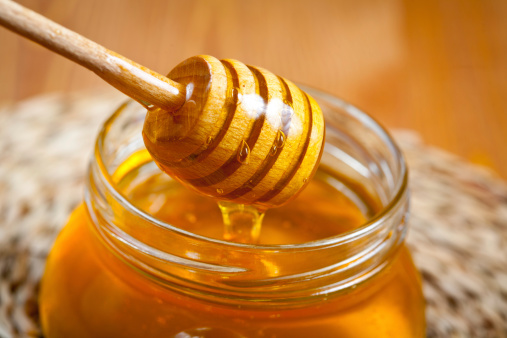 Good for the throat: Honey, sugar, butter with a little salt, liquorice, to sup soft eggs, hyssop, a mean [moderate] manner of eating and drinking, and sugar candy. Evil for the throat: Mustard, much lying on the breast, pepper, anger, things roasted, lechery, much working, too much rest, much drink, smoke of incense, old cheese and all sour things are naughty for the throat. —The Kalendar of Shepheardes 1604

Sore throats must have been high on the list of family ailments, because every home medical manual offers several herbal remedies. Here are a few of Great-Grandmother’s favorites.

The pulp of a roasted apple, mixed with an ounce of tobacco, the whole wet with spirits of wine, or any other high spirits, spread on a linen rag, and bound upon the throat at any period of the disorder.—The American Frugal Housewife, by Mrs. Child, 1833

Suck on a candy:

Horehound lozenges are good for a sore throat. A Dictionary of Every-Day Wants, by A. E. Youman, M.D. 1878

Take a snack to bed with you:

Water-gruel, with three or four onions simmered in it, prepared with a lump of butter, pepper, and salt, eaten just before one goes to bed, is said to be a cure for a hoarse cold.—The American Frugal Housewife, by Mrs. Child, 1833

If all else fails, try a hot toddy and a cuddle:

Before retiring soak the feet in mustard water as hot as can be endured . . . . On getting into bed take a hot camphor sling. [A hot toddy made with brandy or rum, honey, and tincture of camphor] Rub the bridge of the nose between the eyes with a little oil. Cuddle in bed and sleep it off.—Healthy Living, 1850-1870, compiled by Katie F. Hamilton

And for an up-to-date review of science-supported herbal remedies, go here.

In case you feel like feasting on Twelfth Day, check out the Duke of Buckingham’s 1508 shopping list and a 19th-century recipe for Twelfth Cake. You’ll need nutmeg, allspice, cinnamon, mace, ginger, and coriander. Oh, and a bottle of brandy. (Big thanks to the Old Foodie, Janet Clarkson, for her wonderful blog!)

Learn about the violet, the 2022 Herb of the Year, from Susan’s podcast. Included: a recipe for violet syrup (good for the throat) and a few other goodies.

Did you ever wonder what people used for ink before the ballpoint pen was invented? You’d be correct if you suggested berry juice (blueberries, cherries, pokeberries, strawberries) or chimney soot. But the most important ink in Western history was made from oak galls and iron. Leonardo da Vinci invented with it; Van Gogh and Rembrandt drew with it; Bach made music with it; and the framers of our Constitution made history with it. Be glad for modern inks. This seventeenth-century recipe involved a lot of preparation.

To make good ink. Take 5 ounces of the best Nutt galls, break them in a mortar but not in small pieces, then put the galls into one quart of clear rain water or soft spring water, let them stand 4 or 5 days shaking them often, then take 2 ounces of white gum arabick, 1 ounce of double refined sugar, 1 piece of indigo and put in the same and shake them well and let them stand 4 or 5 days more. Then take 2 ounces of good green copperis the larger the better and having first washed off the filth put in to the rest and also a piece of clear gum, about as big as a walnut to set the colour and it will be fit for use.

Did you know that Coca-Cola was originally an herbal drink? In 1886, in a three-legged kettle in his Atlanta, Georgia, backyard, Dr. John S. Pemberton brewed a carbonated, non-alcoholic, herbal tonic to which he gave the name Pemberton’s French Wine Coca. Pemberton’s formula called for 5 ounces of coca leaf (the source of cocaine) per gallon of syrup. The cocaine’s hefty kick was boosted by a generous dose of the caffeine-rich kola nut; hence: Coca-Cola. The drug was removed from the drink by 1903, the company insisting that the “spent leaves” of coca were used for flavoring only.