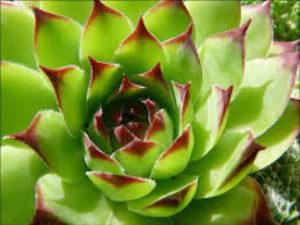 A natural meanes to preserve your house in safety from thunder and lightening: If the herb housleek or syngreen do grow on the house top, the same house is never stricken with lightening or thunder. —Didymus Mountain, 1572

Since Benjamin Franklin invented the lightning rod, most of us feel pretty safe. But before then, people had a few different ideas for protection against lightning.