Summer 2019
Home in the Hill Country

This is the first of a new series of eletters about life as a writer, at home in the Texas Hill Country. I’m planning to send quarterly updates, with the seasons.

For us, the coolest thing in this super-hot summer: a visit with son Michael and family from Juneau, Alaska. They stopped in to see us on an adventurous west-to-east camping trip that took them east to the Big Apple and beyond, then west again and home on the Al-Can Highway. They even managed to time their travel to avoid the Great Alaska Ferry Strike. It’s always wonderful to see the grandkids, who have computer skills and interests that would have been incomprehensible to me when I was their ages. Their generation–its promise, its potentials–is incredible.

My chronic bad back has kept me out of the veggie garden this year. But April blessed the Hill Country with an abundance of bluebonnets. 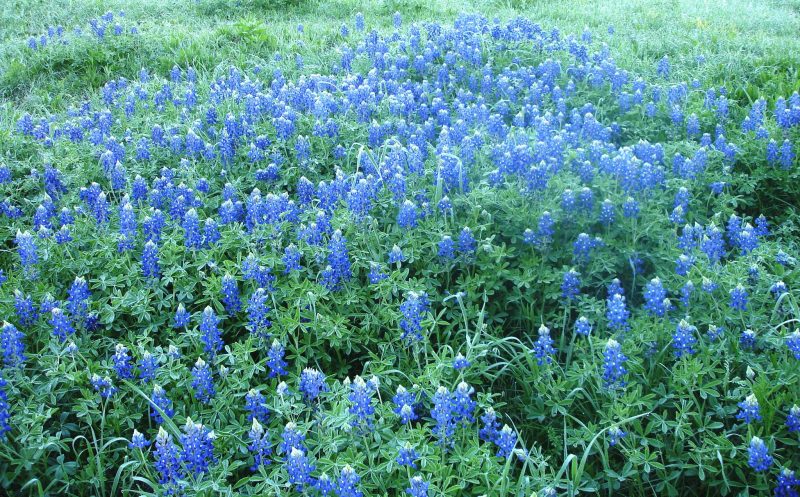 In May, the splendid Lady Banks rose (imported to England tariff-free from China in 1807) covered herself with glory. 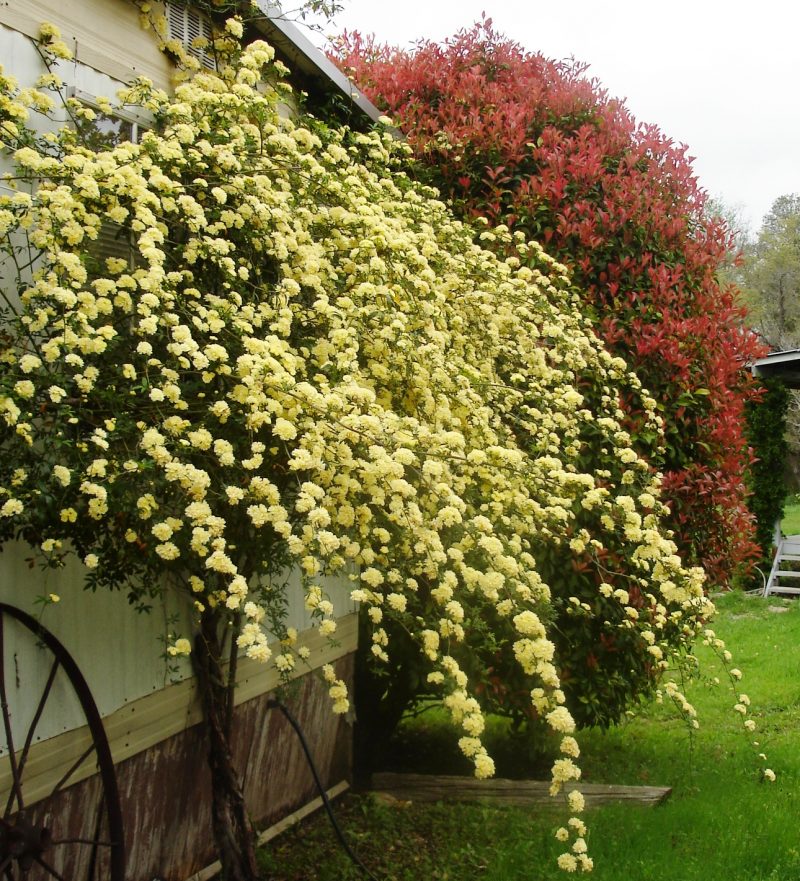 Spring also brought a half-dozen baby chicks. They started life in the bathtub (where else would you keep baby chicks?) but quickly graduated to the chicken coop and then the back yard. We lost one to a bull snake. 🙁  The rest have now launched their lifelong careers as egg-layers. Obviously, there’s a learning curve. That tiny practice egg had two yolks, and somebody needs to work on her brown pigmentation. The wooden plate is one of Bill’s pieces, turned from a chunk of catalpa wood we brought back from a trip to Danville, my Illinois home town. Makes me think of the catalpa tree that was my favorite reading spot when I was a kid. 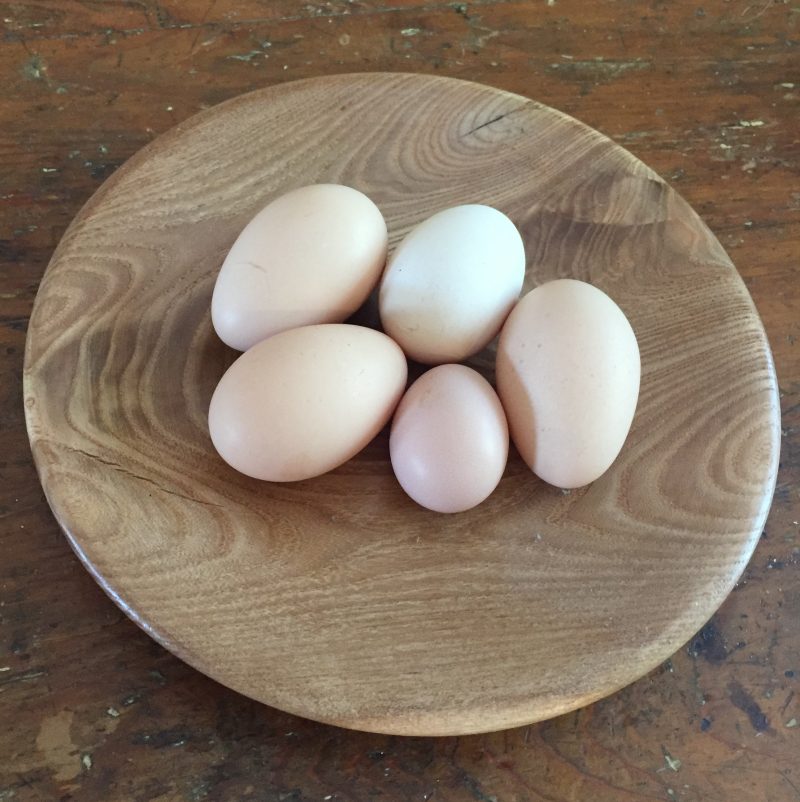 Chickens aren’t the only birds at Meadow Knoll. Summer arrived on the wings of several breeding pairs of painted buntings. Yesterday, I counted four of these brilliantly colored males feasting at the feeder at the same time, and we’re seeing quite a few of the young birds from the summer’s hatch. They’ll be heading back south in a month or so–hope they remember Meadow Knoll fondly enough to return next summer. (Photo credit: Dan Pancamo_Flickr) 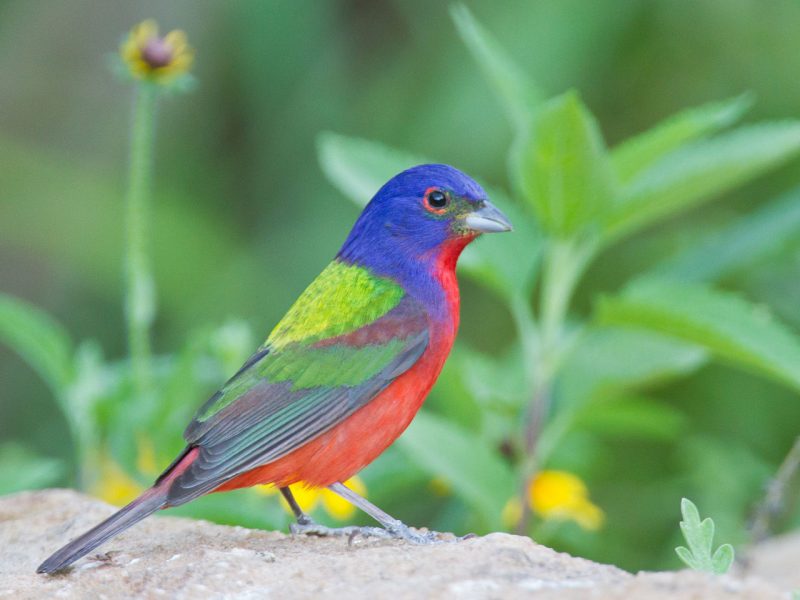 As you may know, I’ve retired from book travel to give myself more time for writing—and yes, it’s keeping me busy! I launched my own imprint (Persevero Press) in 2013. Since then, Persevero Press has published six of my novels and three novellas. The most recent are A Plain Vanilla Murder, #27 in the China Bayles series, and a novella trilogy featuring China’s sidekick, Ruby.

Looking ahead, I have plans for another Pecan Springs novella trilogy in early 2020, and a China Bayles prequel that will take China and Ruby back to the time when they first met and came up with the idea for Thyme & Seasons Herbs and the Crystal Cave. I don’t have a title yet–anybody have a suggestion?

And here’s some news for you audiophiles: the first three books in the Robin Paige series will be coming out in audio later this year or early next. That’s the series of Victorian/Edwardian mysteries, set in England, that Bill and I wrote together (1994-2006). If the first three do well, there will be more.

And one other Big New Happy Thing. Last year, my longtime webmistress found romance with an old friend, married, and moved to Portugal. (Isn’t that a lovely story? Renews my faith in true love.) My new web guru (Mark Wiard) and I have built the website where you’re reading this eletter, and I’m looking forward to working with him to make it even better. Check out the navigation bar at the top of the page, where you’ll find all the books, plus resources, newsletters, and my blogs.

Yes, I have two blogs now, LifeScapes (in its 20th year!) and the new BookScapes, where I’ll be writing about books, publishing, and writing. If you’d like me to notify you when I post to the blogs, you can use the “subscribe” box at the bottom of this page.

I hope the summer has been pleasant and relaxing for you, and that you’re looking forward to a busy and productive fall. But whatever’s in the works for you, be sure to leave plenty of time for reading! 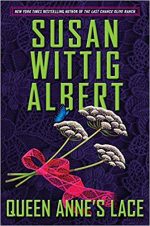