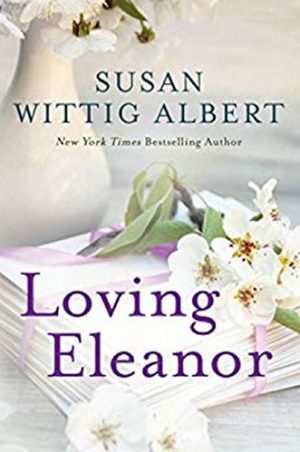 Contest update, Sat. 1/11: Thanks to all the great readers who helped Eleanor come in close to the top of the pack. But not quite close enough. She was overtaken by projects about an Aussie rollerskating champion and an auto racer. That’s Hollywood for you. 🙂 But over 17,000 people visited the site, so Eleanor was seen by many. As an indie author, I appreciate that visibility. Thanks to TaleFlick for making it possible!

A couple of readers (Sharon and Roberta, below in the comments section) raised interesting objections to film biographies. Take a look–and add your comments/thoughts if you wish.

Thanks again, friends. It was an interesting week!

For me, the surprising and deeply moving story of the long and intimate friendship of First Lady Eleanor Roosevelt and AP journalist Lorena Hickok is one of those stories–and Loving Eleanor was a book I had to write. Now, it has been selected (from some pretty stiff competition) to appear in a film-adaptation contest on TaleFlick.com, and I’m asking your help to boost its visibility. Winning titles receive some special attention and publicity in the Hollywood film-production community.

If you think Loving Eleanor should go to the movies, this is your chance to support it. Please go to TaleFlick.com, where you will can vote for it. The contest opens today (Wednesday, January 8) and closes on Friday Jan. 10 at 4 pm PT.

Of all the many responses I’ve had when I’ve discussed this novel with readers, the question I most often hear is some variation of “Why haven’t we heard this story already?”

The most important reason is the most obvious one: the friendship was a profoundly intimate affair between two women, and necessarily secret. We wouldn’t know about it at all, if Hick (as everyone called Lorena Hickok) hadn’t managed to keep some 3300 letters tracing its 30-year span.  (There were other letters, now lost or destroyed.)

In 1962, after Eleanor’s death, Hick understood that the letters in her possession were a record of a quite remarkable friendship and that they ought to be preserved. The most important threat would have come from the Roosevelt children, who would not have wanted the disturbingly romantic nature of their mother’s friendship with another woman to become public knowledge. (The letters ER wrote to her longtime friend, Earl Miller, have disappeared, probably bought and destroyed by the family.) Hick may also have threatened by Joseph Lash, who appointed himself Eleanor’s “official” biographer–there was quite a bit of jealousy there.

Hick chose the best and most prudent course. A curator at the recently established FDR Presidential Museum in Hyde Park urged her to leave her endangered collection to the library. She took his advice, stipulating that the letters be sealed for ten years after her death. She trusted the professional librarians and archivists to keep them safe, and they did–although it should also be said that they had no idea what was in them. Hick died in 1968; the letters were opened to the public, without any announcement, in 1978. The letters were first read and misinterpreted by a woman who looked with great distaste on the friendship. What happened after that (the story I tell in the novel’s biographical afterword) is deeply troubling.

As a writer of biographical fiction, I believe that when we are dealing with real people’s real lives, we are obligated to tell the truth, as nearly as we can. That means digging into the facts of people’s lives: their diaries and journals, interviews and oral histories, and letters. I based Loving Eleanor on the remarkable letters that Hick saved for us, staying as true to the real events as I could. You can read more about the novel, as well as see my Pinterest photo collection for the book, on this page. And if you would like to help boost the story’s screen potential, please go to TaleFlick.com and vote for it. Thank you!

Reading note: The reason that fiction is more interesting than any other form of literature, to those who really like to study people, is that in fiction the author can really tell the truth without humiliating [her]self.–Eleanor Roosevelt

49 comments on “Loving Eleanor Goes to the Movies?”