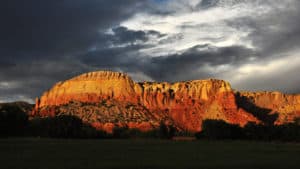 As you might know, I’ve been working on another biographical fiction in my “Hidden Women” series–this one, about the friendship of Georgia O’Keeffe (the artist) and Maria Chabot. Their story has been hidden in plain sight in a massive collection of letters published in 2003. The collection itself is expertly compiled and gives us an intensely intimate look at the evolving relationship between these two fascinating women–as long as you ignore the editorial comments. One of the editors has unfortunately insisted on imposing her interpretation of the relationship on the letters themselves, tainting the reader’s view of both women. Ignore those interpretive comments and let the letters speak for themselves and you will enjoy one of the most intriguing records of women’s friendship available to us. I’m expecting to finish the novel sometime this summer or early fall and planning to publish it for you in 2023. In the meantime, this is the second of several blog posts to come about the research and writing process. (The first one is here.)

The novel is set during the 1940s, an important transitional decade in Georgia O’Keeffe’s life. In 1940, in her early fifties, she bought an adobe house at Ghost Ranch, a remote guest ranch about 60 miles northwest of Santa Fe. She loved the house, which was located at the foot of a shining cliff with a stunning view of an oddly-shaped mesa called Pedernal. She had been spending summers in New Mexico since 1929, painting the vast desert landscapes she loved. New Mexico was also an escape for her, a getaway from her husband’s intrusive family and a marriage that was increasingly unhappy. Her much older husband, Alfred Stieglitz–a photographer, art impresario, and her agent–was involved in a decade-long affair with a much younger woman. O’Keeffe  no longer loved Stieglitz with the passion she had brought to their affair after WW1, when she posed for the long sequence of nude photographs, scandalous for the time, that Stieglitz would exhibit. But she was grateful for his support and his marketing of her work and she had committed herself to maintaining the marriage, as long as she could absent herself for half of the year. As it was for so many women, New Mexico was the means by which she declared her independence and reinvented herself on her own terms, a woman alone.

But living alone and independently on a remote ranch (no electricity, no potable water, no telephone, no nearby grocery store) was just not possible. O’Keeffe wasn’t a timid woman, and she was willing to do whatever she had to do to make her New Mexico life possible. She might tell people back East that she was living alone, but she knew that she needed someone to manage “the ranch” (as she called the house and its 3 desert acres), to liaison with the local community of Hispanics and Indians (she didn’t speak Spanish), and in general, to take charge of everything so she could spend all day working on her painting.

Luckily for her, she found the perfect person. Maria Chabot was a young (late 20s) woman who had worked summers in New Mexico since 1934, spending winters (typically November-March) with her parents in San Antonio, Texas. During the Depression, Maria (also an aspiring writer) had worked in the local pueblos for the New Mexico Association of Indian Affairs, for the WPA assessing Hispanic art in New Mexico, for the federal arts project surveying Indian art on 30 reservations, and for the NMAIA again, reporting on living conditions on the Navajo reservation in northwest New Mexico. She had studied indigenous art in Mexico, spent a summer in a study program at Oxford, and applied for a Guggenheim. She had just finished editing Mary Wheelwright’s transcription of Navajo creation myths. She knew the area, its towns and its people. She was available, partly because (after 1939) she was no longer involved in an exclusive relationship with the artist Dorothy Stewart, in Santa Fe. The Chabot/Stewart letters suggest that the two continued their relationship, but on a non-exclusive basis. (Dorothy was also involved, non-exclusively, with the artist Agnes Sims.) Through the 1940s, even when Maria was seriously considering marriage to one of the men she was seeing, she almost always ended her letters to Dorothy with a meaningful “te adoro.”

When she met O’Keeffe in October, 1940, Maria was smitten with the artist, in a hero-worship kind of way. Or guru-worship, we might call it, since Maria’s letters suggest that she saw the artist as a spiritual teacher: a woman who had mastered her art and achieved her personal independence and could teach her how to do the same thing.  “Someone should make a career of caring for you,” she wrote in early 1941, adding that she was prepared to “offer  myself to you lock, stock, and barrel with no strings, at no price.” There is nothing in the letters (really, nothing at all) to suggest that Maria and O’Keeffe were lovers. What is clear is that O’Keeffe admired Maria’s strength, skills, energies, and endurance and relied on her to make her ranch life comfortable and safe. And that Maria (a talented if unfocused writer) was consumed with admiration for both the artist and the woman. And that she continued to give unstintingly to the relationship long past the point when it had little to give her and she knew it was time to move on. 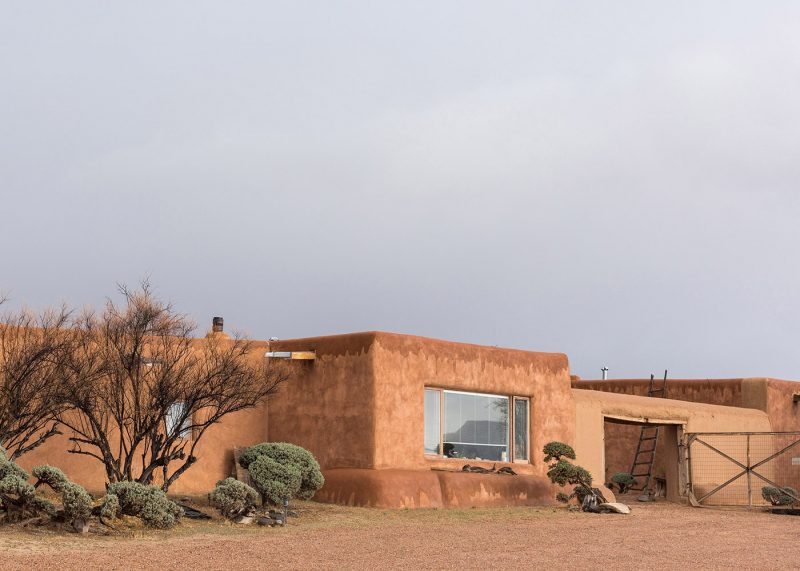 But before that happened, Maria built a house for O’Keeffe, a house that you may have visited in the village of Abiquiu, New Mexico. I’ll say more about that, and about the women’s lives at the ranch, in other posts. I’ll also have something to say about what it’s been like to work on this book, as I have for the past eight months–and to work with the helpful people at the O’Keeffe archive in Santa Fe. In the meantime, feel free to leave your questions in the comments below. I’ll do my best to answer them, or to steer you to resources that might help.

Reading note:  O’Keeffe to Chabot, May 12, 1941: I haven’t written what I plan to do because I haven’t known. Also I’ve felt a bit uncertain about your really liking me as something always nearby.

Chabot to O’Keeffe, May 15, 1941: On the contrary, I think I shall really like you as something nearby. . . . I am very happy that you want me and I think we can live a quiet life and each get our own work accomplished.

20 comments on “O’Keeffe and Chabot: Something Always Nearby”