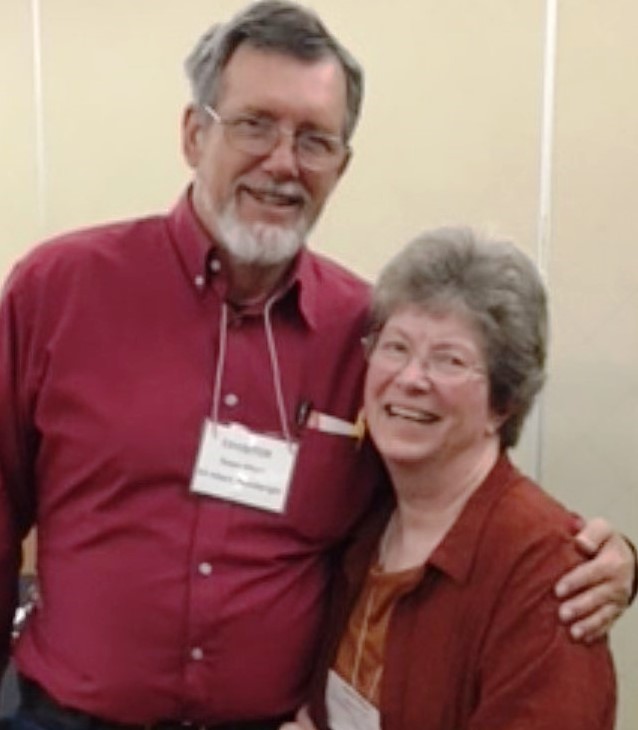 Robin Paige is the pen name shared by Susan and her husband and coauthor, Bill Albert.

Bill is the adventurous partner on the Robin Paige team. He grew up collecting butterflies and Pleistocene fossils on the outskirts of Houston. During his university years, he went skin diving and cave exploring in Mexico, volunteered in the excavation of a Roman theater in England, and built longtime friendships with a number of Brits. Stationed near Washington, D.C. while he was in the Army, he pursued research interests in history and archaeology at the Smithsonian and the Library of Congress. He became a private pilot and a skilled amateur photographer, experienced intensive training in firearms, and took solo walkabouts across Canada, Northern Europe, South America, and the South Pacific.

In one way or another, Bill’s adventures substantially shaped the young adult books and the Robin Paige historical mysteries (1894-1903) that he and Susan have written together. He says that Charles Sheridan, the male protagonist of the Robin Paige series, is his “alter ego.” He especially enjoyed putting Charles into situations that he himself had faced, although perhaps not quite as dramatically. His wide knowledge of British history, his travels across England, and his long-term English friendships were crucial to the development of the series, as well as to Susan’s later Cottage Tales (1905-1913), set in England’s Lake District. During the many years the Alberts wrote as Robin Paige, they made several research trips to England, Scotland, and Ireland, selecting settings for each of the mysteries and doing the kind of eyes-on research that can only be done on site.

Now, Bill serves as a front-line editor of Susan’s books and manages the business side of the publishing work. For a printable PDF list of all their books, including their young adult titles, check out Susan’s and Bill’s book list.