Every now and then, I happen on a book I really like, but which bothers me. Recently, I’ve happened on two books, both excellent, that bother me in the same interesting way. Here they are, briefly. 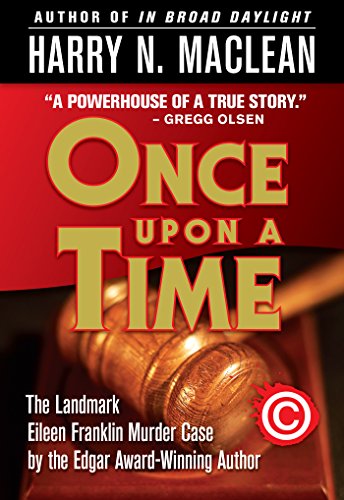 Once Upon a Time: A True Tale of Memory, Murder and the Law  by Harry N. MacLean

This book is about the legal issues involving prosecution based on unreliable memory. The case, known as the Memory Murder Case or the Eileen Franklin case (for the accuser rather than the victim, an eight-year-old girl) is sadly fascinating. The sections on the trial are excellent and well presented. That part of the book kept me up well past my bedtime.

But the earlier sections of the book (character and place descriptions) contain way too much detail. MacLean (a lawyer and the author of the Edgar-winning In Broad Daylight) never met a fact he didn’t like. In a courtroom, lawyers are checked in the facts they can use by the opposing lawyers (“Objection, Your Honor”) and by the judge (“Sustained.”) But MacLean dumped all his research on the Franklin case into Once Upon a Time, and his HarperCollins editor didn’t object. Which means that the reader has to do her own editing.  (It’s called  ‘skipping.’)

Don’t get me wrong. This is a good book that raises compelling legal issues. It was named a New York Times Notable Book in its day (it was published in 1993), apparently by somebody who didn’t object to all that detail. It is still very much worth reading for MacLean’s expert, nuanced trial reporting. The digital edition I’m reading (Crime Rant Classics, 2011) contains a 2011 Epilogue in which the author discusses important post-publication trial developments. (True crime is a genre that often requires rewrites.)

Unlike most true crime nonfiction, Once Upon a Time does not conclude with a strong sense of justice served. If you’re a reader who likes things wrapped up neatly, this will likely leave you feeling . . . inconclusive.

Favorite lines: A trial is like a drama involving a struggle between good and evil, right and wrong, a play whose specific goal is supposedly the divining of the truth to ascertain guilt or innocence. On the courtroom stage, two different versions of reality are acted out for the jury, each one represented as the truth. Everyone is a player: the lawyers, the witnesses, the judge, the bailiff, even the media. 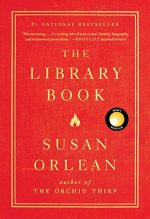 The Library Book, by Susan Orlean

This is another book that feels (to me) excessively detailed. As a writer, I understand why Orlean felt it necessary to amass information on the history of the building, the collections, the librarians, the city of Los Angeles, libraries, book burning, arson investigations, and much, much else. I myself indulge in such massive assemblages of notes and often feel overwhelmed by the utter muchness of it.

But as a reader, I don’t feel that all of this material should have made it into a book that promises to be about the 1986 library fire and the person who might (or might not) have caused it. To me, the significance of the fire (an interesting topic all by itself and magnificently described in the book) seems blurred by the haze of other material, and I grew impatient with the level and extent of the detail. Yes. I skipped here, too. But judiciously.

Orlean is a fine stylist, and if you appreciate verbal niceties, you will be repaid for your reading effort by many intriguing turns of phrase and creative comparisons. The Library Book will be enjoyed by readers who want a very broad social history of libraries, with a focus on a major library that somebody torched. (Or maybe not: it’s not even clear, in the end, that the fire was human-caused.)  And like Once Upon a Time, the inconclusive conclusion may bother readers who like to know that justice has been fully served. If that’s not you, go for it.

Favorite lines: The library is a gathering pool of narratives and of the people who come to find them. It is where we can glimpse immortality; in the library, we can live forever.

People think that libraries are quiet, but they really aren’t. They rumble with voices and footsteps and a whole orchestral range of book-related noises—the snap of covers clapping shut; the breathy whisk of pages fanning open; the distinctive thunk of one book being stacked on another; the grumble of book carts in the corridors.