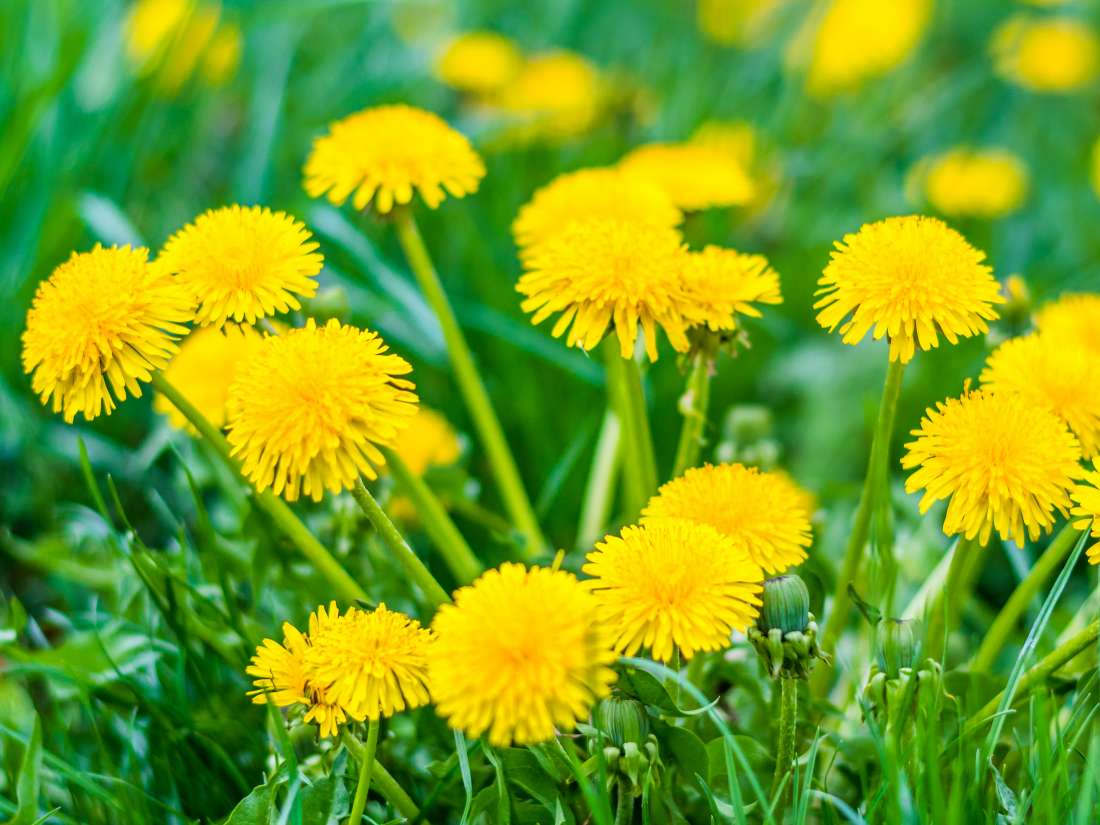 What’s in a name? A lot, actually. Take the dandelion, for instance.

The word “dandelion” is an Englishman’s mispronunciation of the French dent de lion, or tooth of the lion. Most experts think this refers to the plant’s toothed leaves, or maybe to the blossom’s color—the same bright yellow used for heraldic lions.

Over time, other names have attached themselves to the dandelion. “The Devil’s Milk Pail” refers to the sticky sap that oozes from the broken root. The sap contains latex, and some enterprising souls have tried to make rubber out of it, without commercial success. “Swine’s snout” describes the blossom when it’s closed up. “Puffball” is an appropriate name for the fuzzy sphere of seeds that catch the wind and sail away. And “Monk’s head” refers to the smooth, bald head that pokes up out of the grass after the fuzz has blown away.

The dandelion’s scientific name—Taraxacum officinale—has a different ring to it. Taraxacum, the generic name, derives from a Greek combination that means “a remedy for disorder.” And the Latin word officinale, which is attached to so many herbs, means that it was a “official” remedy. So even in early days, the dandelion was recognized as an effective medicinal plant.

What sort of medicine was it? We can find one clue in its inelegant folk name “piss-a-bed,” which pretty accurately describes what might happens if you drink a cup of dandelion tea at bedtime. The plant is a diuretic, stimulating the kidneys. Happily, the dandelion is high in potassium, a vital nutrient often lost when the kidneys do their job. Hence, herbalists prefer it to chemical diuretics. For centuries, the dandelion has been used to treat liver complaints, gall stones, jaundice, and dropsy—what we now call congestive heart failure.

All parts of the dandelion have their uses. My grandmother turned the blossoms into a pretty good wine. The young leaves are a zesty substitute for lettuce on your tuna sandwich—another folk-name for the plant is wild endive. And some folks swear by dandelion coffee, brewed from the dried, roasted roots.

So what are you waiting for? Get that spade and go for some Devil’s Milk Pail, or pick a pint of piss-a-bed or a handful of wild endive.

And you might even blow a few puff-balls around the yard, to ensure the survival of next year’s crop of dandelion.