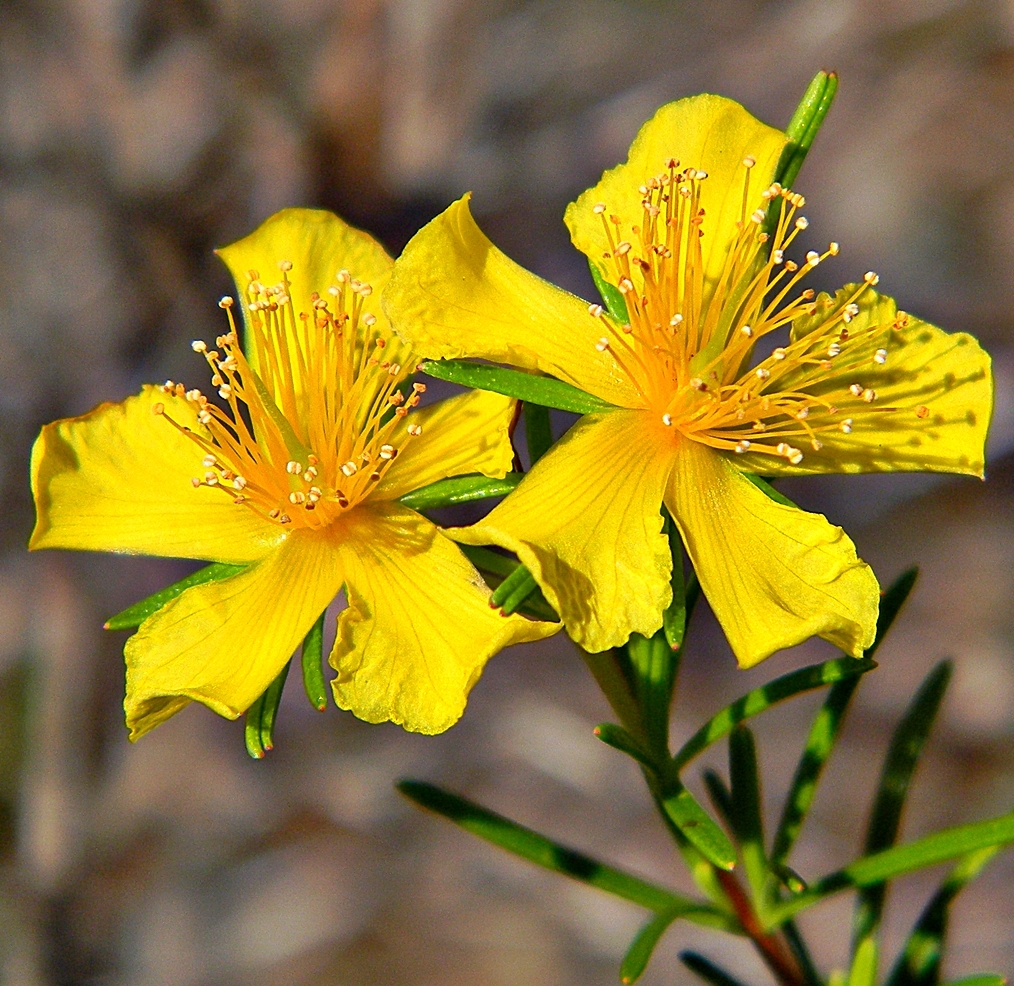 St. John’s Wort had been around for many centuries before the Christian era—but you wouldn’t know that by its name.

For one thing, St. John the Baptist didn’t live until the time of Christ. For another, the word wort—an Anglo-Saxon word that means simply “plant”—didn’t come along until about the eleventh century.

Before the plant became St. John’s wort, it was known as hypericum. This word was made up of two Greek words, hyper, meaning “over” and icon, or “image.” The plant was called hyper-icon, or hypericum because it was hung over the statues of the gods to ward off any evil spirit that might possess the image.

The idea that hypericum could protect against an invasion of evil spirits was a persistent one. During the Dark Ages in Europe, hypericum was used to drive out the devil from those who were thought to be possessed. It was also an important part of the rituals of the summer solstice, or Midsummer’s Eve, when bonfires marked the beginning of the sun’s descent toward winter darkness. Hypericum’s sunshine-yellow flowers were gathered with special rites. The plant was then burned in the Midsummer bonfires or hung over doors and around the neck to guard against the menacing powers of evil. When the leaves were steeped in oil, the oil turned blood red. This red oil was used both medicinally and in purification rituals.

But when the Catholic Church moved into Europe, the priests thought they ought to control the pagan fire festivals, which sometimes grew into drunken parties. They sanctified the winter solstice by connecting it with the birth of Christ. To consecrate the summer solstice, they made it the birthday of John the Baptist. The Midsummer’s Eve bonfires became the “fires of St. John” and hypericum became—naturally—St. John’s Wort. The plant was said to symbolize the sun that dispels the darkness and the Baptist who proclaimed the coming of the Light, the Son of God.

But the idea that St. John’s Wort had the power to exorcise evil spirits was not entirely a pagan superstition. What might once have been called “possession” and treated with an tea made of hypericum leaves might today be called clinical depression, and treated with St. John’s Wort. You can read a review of the recent research on the effectiveness of this plant.

What I know: the sunny yellow blossoms of this hardy little plant are wonderfully cheering on a dark day.

Which is probably enough exorcism for me.