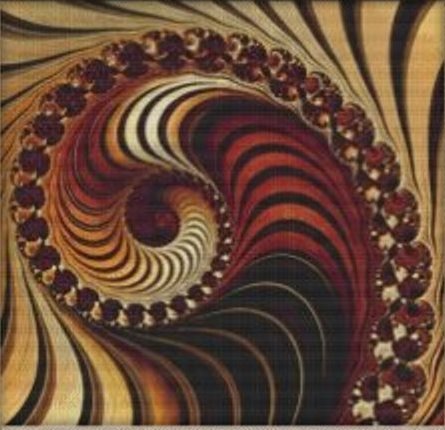 For  my 2022 cross-stitch project, I’ve decided to do a fractal.  This is the one I chose. It’s more colorful than the photo, but you get the idea. Lots of interesting blending, precise geometry. It will keep me busy for the full year, I suspect.

I always enjoy setting up a new project. This is the needleholder for this one, with the color codes copied from the chart book and inserted into the holder (two holders taped together). There are 60 colors–turned out that I had almost 2/3 of them in my stash, plus the fabric. 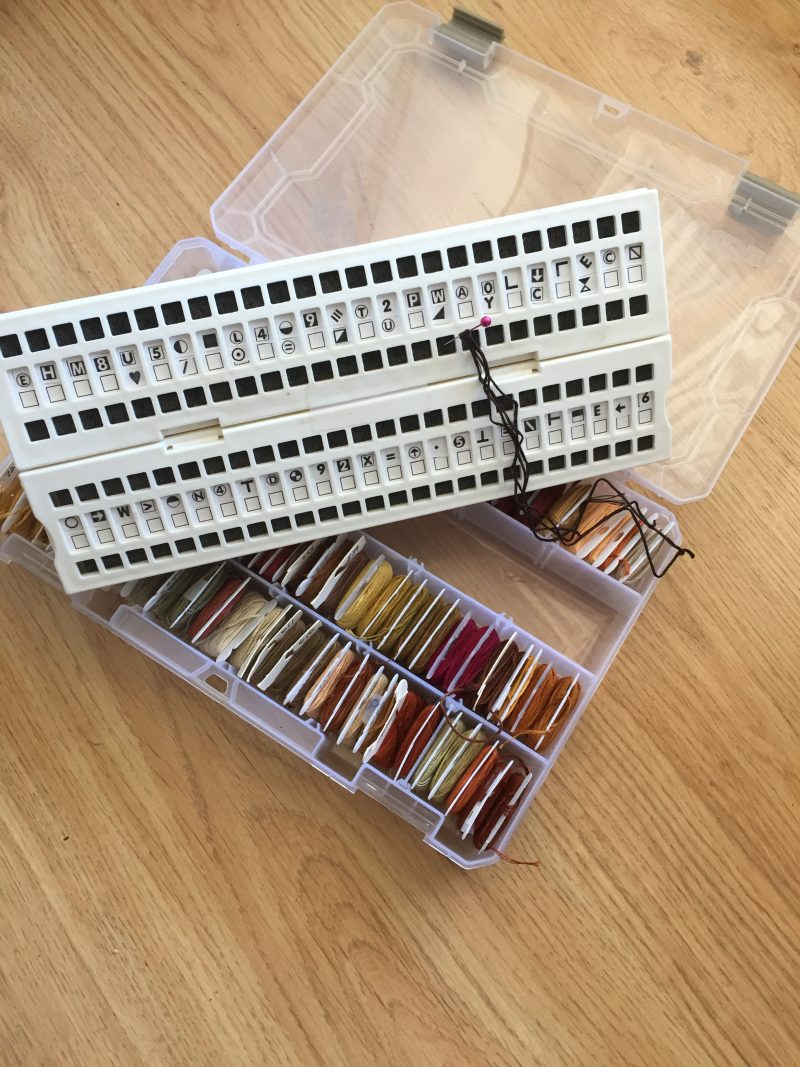 And here it is, on 18 count ivory Aida (13″ x 13″), in the hoop. I’ve gridded the fabric in pencil and am using a lap stand. I start these complicated projects in the upper left corner, so I can tell where I’m going. The work doesn’t go quickly, so I’m looking forward to 100s of challenging evening hours with this one. If you want to see the project I just finished, look here. 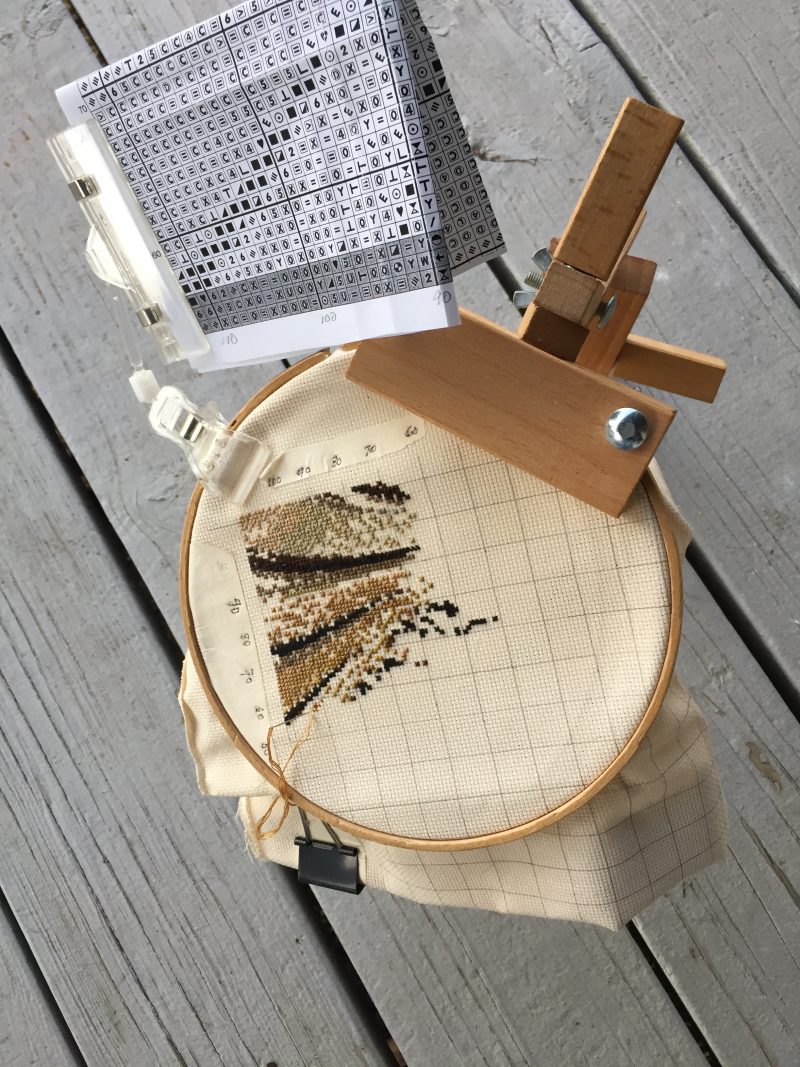 Winter at Meadow Knoll. Not yet, not really. December’s warm spell broke records (hello, climate change). We’re in the 20s this weekend–coldest of the winter, so far.

Everybody’s on edge, though, after the February 2021 electrical grid failure that shut down the state for nearly a week and killed 240-some people. The politicians (yes, this is a political problem) have done little to tackle the root causes of the grid failure, so we’re all waiting for it to happen again. In the meantime, Bill and I are glad for the mild temperatures and enjoying the winter birds that flock to the backyard feeders. Yesterday, we counted eight bright red male cardinals among a host of less vivid birds. (We’ve stopped counting the squirrels and just try to ignore them.)

On the writing desk. I’ve finished the bulk of the research for the O’Keeffe/Chabot project–a novel about the friendship of Georgia O’Keeffe and Maria Chabot, set in New Mexico during the 1940s, a period that produced profound changes in the lives of both women. I have about 40% of the first draft completed–not a big book, but challenging in a big way. I’m writing about the real lives of real people, and I want to be true–and fair–to both of them while I keep the story dramatically interesting enough to engage you, its readers. O’Keeffe mythologized herself (via costumes, staged photos, and a memoir) to an extent that obscures the real person. It’s not easy to de-mythologize and humanize a woman who managed her image so deliberately and effectively. And while I’m focusing on the 1940s, the Juan Hamilton episode that dominated her last decade for better and worse is a reality I need to deal with. I know what it is, more or less–just haven’t figured out how (or whether) to include it. I can’t tell you when the book will be finished, either. Hoping you’ll have it in mid-2023, but I can’t promise.

In the meantime, the Dahlias latest adventure is coming in early June: The Darling Dahlias and the Red Hot Poker. It’s available for presale here and elsewhere. I’ll get the web page up on this site in the next week or so.

Covid stuff. The case numbers in our rural county are going through the roof and hospitalizations have more than doubled in the past 2 weeks. Bill and I are vaxxed and masked and careful and hope that you take all these precautions too, as much as you can. I had already retired from book promotion before this thing hit, and I feel fortunate to be able to stay home. I think with sympathy about the difficult choices people have to make now–especially the parents of school-aged children. I know we’re all hoping that the worst is over, but I have the feeling that we’ll be living with this thing–in one form or another–for decades. It will take all the courage we can muster. Be brave.