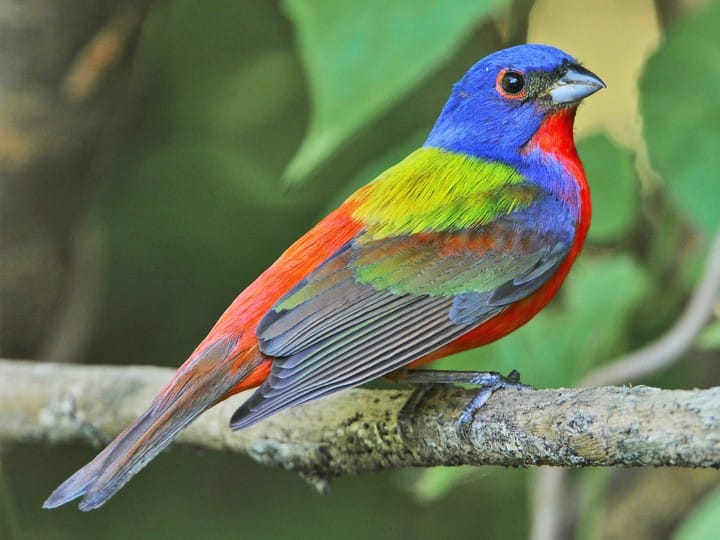 The painted buntings are here–a cheerful sign that summer has arrived. So far, I’ve seen three males at once on the millet feeders, so our little breeding colony has returned for another year. And I saw a hawk flying low into the woods last night, which suggests that there’s a nest back there. (One year, I saw a hawk nest high in a mulberry tree, with the sun haloing their downy feathers–quite a sight.) No fawns yet, but they’ll be along soon. The thermometer hit 103 yesterday, with only 1.8″ rain so far this year. Very dry and hot: climate change in progress.

The Hermit’s Peak fire continues, also a work in progress, moving north toward Angel Fire and Taos. Our cabin appears to have survived (with some smoke damage), although nearby houses burned, one with a shingle roof, the other with close-up trees. Ours has a metal roof, and Bill has been regularly thinning trees and clearing brush, so it’s not just a matter of luck (although there’s certainly that). But our village (Pendaries Village) has to get back on the grid before power and water can be restored to 200+ individual houses–a massive task that will take months. Our loss and disruption is minor, compared to those who have lost their primary homes and livelihoods. Fire is a natural part of the ecosystem, and this forest (adjacent to the Pecos Wilderness) was long overdue. The fire fighters have been nothing short of heroic. If you’re interested in following the fire, there’s a new Facebook page. They think it is likely to continue until the July/August monsoons put it out (if we have a monsoon this year). 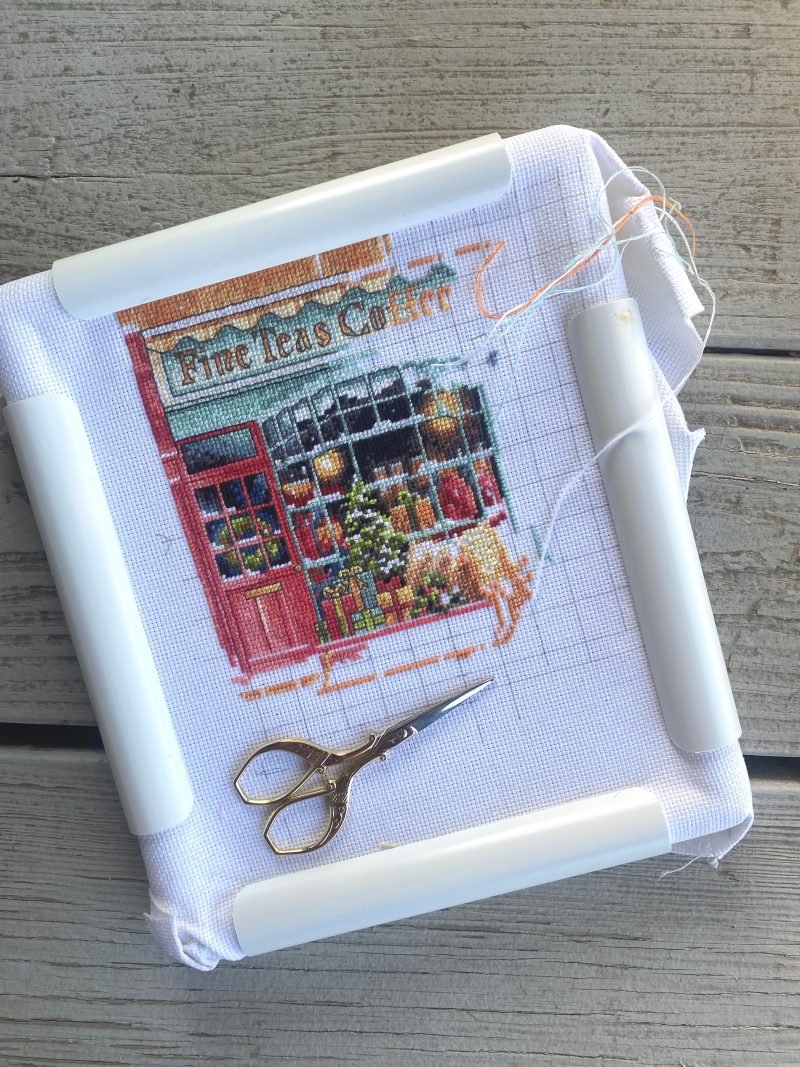 Needlework. There’s been so much going on that I set aside the big fractal I was working on in favor of a smaller, less demanding project. This one is better suited to the shorter time periods I have for craft work. That fractal was a joy but also a huge challenge, and every time I had to put it down, I got lost. I’ll post it here, along with my other craftworks.

On the desk. I’m celebrating another finish–well, more or less. The O’Keeffe/Chabot project, titled Someone Always Nearby, is finished, for the time being. Its publishing future is still uncertain–my agent, Kerry, has a list for submissions and will manage that part of the process over the next few months. If it goes to an editor, there’ll likely be more work to do. Plus, I haven’t yet done the Reader’s Companion that the book needs, so readers can follow the research trail that led to the fiction.  I’ll keep you posted on the progress.

June is almost here, and the Dahlias new book, The Darling Dahlias and the Red Hot Poker, is coming out shortly. The Dahlias and I hope you like it. It gave me a chance to learn about the political shenanigans of 1935 and the powerful political machine of Huey P. Long, who died that summer. (The novel tells the true story behind his death.) There are some astonishing parallels to the contemporary political scene.

Meanwhile (because work is one of the great pleasures of my life and because I feel privileged to do work I love), it’s time to get started on another China mystery. I’m rereading a dozen or so of the latest books in that series and the plot soup is simmering on the back burner. More on that in a few weeks.

Reading note. This is the real secret of life — to be completely engaged with what you are doing in the here and now. And instead of calling it work, realize it is play.―Zen poet Alan Watts