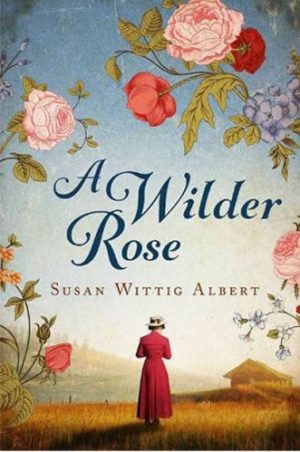 “Albert does an excellent job of bringing historical figures to life in a credible way; her novel is well paced, its characterizations are strong, and the plot is solidly constructed. Readers begin to understand Lane’s personality and mentality, as well as the things that drive her.”
—Publishers Weekly starred review


In 1928, Rose Wilder Lane—world traveler, journalist, much-published magazine writer—returned from an Albanian sojourn to her parents’ hardscrabble Ozark farm. Almanzo Wilder was 71, Laura 61, and Rose felt obligated to stay and help. To make life easier, she built her parents a new home, while she and Helen Boylston transformed the farmhouse into a rural writing retreat and invited their New York friends. Rose sold magazine stories to pay the bills for both households, and despite the subterranean tension between mother and daughter, life seemed good.

Then came the Crash. Rose’s money vanished, the magazine market dried up, and the Depression darkened the nation. That’s when Laura wrote her autobiography, “Pioneer Girl,” the story of growing up in the Big Woods of Wisconsin, on the Kansas prairie, and by the shores of Silver Lake. The rest—the eight remarkable books that followed—is literary history.

But it isn’t the history we thought we knew. For the surprising truth is that Laura’s stories were publishable only with Rose’s expert rewriting. Based on Susan Wittig Albert’s meticulous study of Rose’s voluminous unpublished diaries and Laura’s letters, A Wilder Rose tells the true story of the decade-long, intensive, and often troubled collaboration that produced the Little House books—the collaboration that co-authors Rose and Laura deliberately hid from their agent, editors, reviewers, and readers.

Why did the two women conceal their writing partnership? What made them commit what amounts to one of the longest-running deceptions in American literature? And what happened in those years to change Rose from a left-leaning liberal to a passionate Libertarian?

In this impeccably researched novel and with a deep insight into the book-writing business gained from her own experience as an author and coauthor, Susan Wittig Albert follows the clues that take us straight to the heart of this fascinating literary mystery. 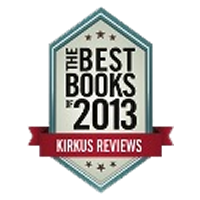 Praise for A Wilder Rose

“Albert has written a nuanced, moving and resonant novel about fraught mother-daughter relationships, family obligation and the ways we both inherit and reject the values of our parents… With all of the charm of the Little House series—and the benefit of a sophisticated, adult worldview—Albert’s novel is an absolute pleasure.”
—Kirkus Reviews (starred review)

“Rose Wilder Lane deserves to be fully recognized for her co-authorship of the Little House books. Susan Wittig Albert does that, and more, in a compelling and well-researched novel that accurately recreates Lane’s complex and troubled relationship with her mother during the dark days of the Depression and the Dirty Thirties. A revealing behind-the-scenes look into a literary deception that has persisted for decades.”
—William Holtz, author of The Ghost in the Little House: A Life of Rose Wilder Lane

“Heavily based on the extensive Laura Ingalls Wilder-Rose Wilder Lane papers, A Wilder Rose expertly fleshes out the bond between mother and daughter. The novel is a fine study in personalities, an accurate depiction of time and place, and a thorough understanding of the birth of the Little House books.”
—William Anderson, author of Laura Ingalls Wilder: A Biography

“Albert has written a compelling novel that lays out a very plausible version of the events leading to each of the Little House books. Both Laura and Rose are fully created characters, with complex motivations that—here’s the main point—make sense. There is not a single wrong note in the creation of this novel. It all makes sense. The book itself is a joy to read. The descriptions are lyrical and perfect, and the setting comes to life. The characters are fully formed. Rose is a complex and talented woman, and her interests in politics and love as well as writing are interwoven expertly… An amazingly engrossing story.”
—Janet Spaeth, author of Laura Ingalls Wilder

“Just as Laura Ingalls Wilder and her daughter, Rose Wilder Lane, did in constructing the Little House novels, Susan Wittig Albert in A Wilder Rose fictionalizes history in a way that helps readers better understand the thoughts, emotions, and desires that motivated and energized them and the people surrounding them. She reopens the controversy over who deserves primary credit for the Little House series while at the same time she engagingly and persuasively reimagines the conflicted mother-daughter relationship, the challenges posed to people by the Depression, and the often heated political atmosphere of the 1930s.”
—John E. Miller, author of Becoming Laura Ingalls Wilder and Laura Ingalls Wilder and Rose Wilder Lane

“A Wilder Rose is a compelling depiction of one of the most significant literary collaborations of the 20th century. That the two people involved were mother and daughter adds to its complexity and human interest.”
—Anita Claire Fellman, author of Little House, Long Shadow: Laura Ingalls Wilder’s Impact on American Culture

Discussion Questions for your book group.

A READERS COMPANION to the first edition of the novel (the edition with the white cover, currently available only in used paperbacks and hardcovers). However, the changes between editions are only stylistic, so the references aren’t too far out-of-synch. 151 pages, downloadable pdf.

A Bibliography of the Writings of Rose Wilder Lane (downloadable pdf). Susan and Wilder researcher Nancy Cleaveland collaborated on this extensive list of Rose’s publications (last updated in 2014).

The Little Houses of Rose Wilder Lane Rose was fascinated by houses. When she was remodeling a villa in Tirana, Albania, she wrote to a friend, Dorothy Thompson, “Houses are the abiding joys; they are the most emotion-stirring of all things.” During her adult life, she was intimately involved with three houses: the farmhouse at Rocky Ridge, the Rock House, and her house on King Street outside of Danbury CT. She also enjoyed the house she bought in Harlingen TX in 1965 and where she spent winters until her death. Download Susan’s 5-page article (with photos).