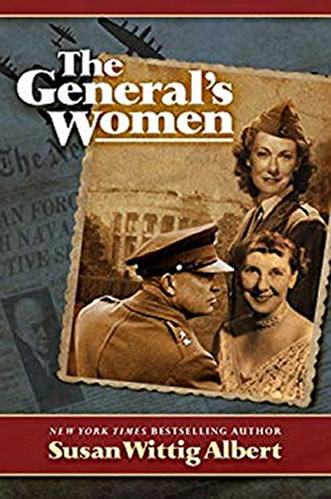 “The General’s Women is an engrossing and humanizing account of a love that blossomed during wartime and scandalized a nation… A historical novel that is sympathetic, satisfying, and heartbreaking.”
—Foreword Reviews

A compelling novel about love, betrayal, and ambition, The General’s Women tells the story of two women—Kay Summersby and Mamie Eisenhower—in love with the same man: General Dwight D. Eisenhower.

When former fashion model Kay Summersby is assigned to drive General Eisenhower in war-time London, they quickly become involved—in spite of Ike’s marriage to Mamie and Kay’s engagement to an American colonel. Kay and Ike struggle to keep their commitments but are increasingly and irresistibly drawn to one another. Then Kay’s fiancé is killed and Ike, facing the most challenging battles of the war, makes her his closest aide, confidante, and lover. Back home in Washington, D.C., Mamie is fighting her own fierce battles: bitter jealousy, fragile health, and a phobic dread of gossip. Ike’s letters are only tepidly reassuring; Mamie knows he is involved with another woman and fears that her marriage is lost.

Ike’s celebrity at war’s end brings new battles for all three. Ike may wish desperately to stay with Kay, but he cannot escape the obligations of duty; Kay may long for a life with him, but that is a battle she can’t win. Their untold story of love, loss, and divided loyalties continues into their postwar lives—and beyond. Susan Wittig Albert has created an engrossing and deeply sympathetic novel, based on Kay’s memoirs, Ike’s letters, fellow officers’ wartime diaries, and extensive research in three decades of newspaper archives.

Whatever you think you know about the Eisenhower saga, The General’s Women will surprise you.

Praise for The General’s Women

“A mature, gripping emotional drama… The arc of this multifaceted novel follows the three main characters [Ike, Kay, and Mamie] and a host of secondary ones through the war and back into civilian life. At every point Albert smoothly incorporates an obviously vast amount of research into a tale of raw emotional conflict that can make for some wonderfully uncomfortable reading.”
—Kirkus Reviews

“A historical novel that is sympathetic, satisfying, and heartbreaking. The General’s Women imagines the most of a wartime relationship around which speculation swirled; the effects are irresistible.”
—Foreword Reviews (2017 Indies Gold)

“A brilliant work of biographical fiction that will fascinate WW2 history fans. It tells the remarkable true story of General Dwight D Eisenhower and his relationship with his Irish-born driver and secretary, Kay Summersby, and with his longtime wife Mamie. It faithfully shines a light on the hidden relationship of the man behind the D-Day landings and what he got up to while 3,000 miles from his wife. A must read!”
—Kieron Wood, author of Ike’s Irish Lover: The Echo of A Sigh

“Well researched and enjoyable. Albert describes the time and the milieu attractively, and the close perspective on Eisenhower and particularly his wartime life is compelling.”
—Historical Novel Society

An interview with the author about her research and the writing of The General’s Women.

For readers of the ebook edition who would like to review the author’s notes and documentation: Biographical Epilogue; Author’s Note.

Awards for The General’s Women 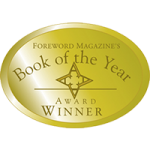