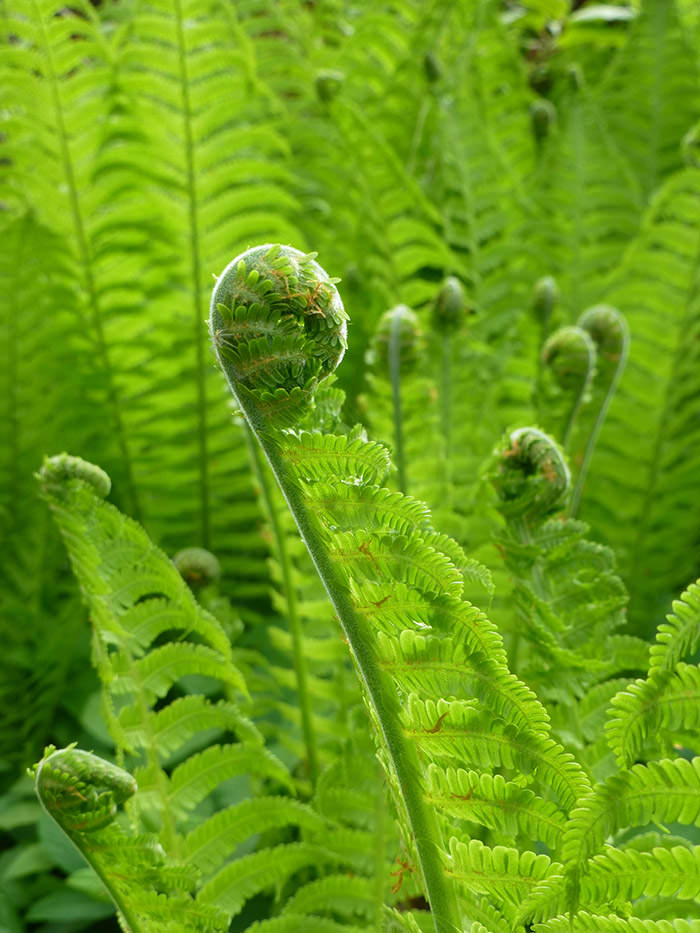 The ferns that grow in that moist, shady corner of your garden are the modern miniature remnants of a prehistoric forest of towering plants that were around long before the dinosaurs showed up. In our world, there are over 10,000 different species of ferns, growing all over the planet. But they all have two things in common.

They don’t reproduce from seed the way other plants do.

And they can make you invisible.

Yeah, I know, you don’t believe me. About being invisible, I mean. But I don’t care whether you believe me or not, because I know. Ferns made me invisible once, when I was eight or nine and hanging out in the patch of ferns down by the creek to avoid drying the dinner dishes. And Shakespeare says it’s true, too. It’s right here, in Henry IV, Part I. This fellow named Gadshill is planning a robbery, and he’s proud of the precautions he’s taken against being caught. He brags to one of his co-conspirators: “We steal as in a castle, cock-sure. We have the recipe of fern-seed, we walk invisible.”

Fern seed? But ferns don’t reproduce from seed! According to my favorite botanical reference book, they reproduce in a complicated two-cycle process that involves almost microscopic, nearly invisible spores and . . .

And that was where this idea about invisibility got started. In the Middle Ages, nobody had ever seen fern seeds, so everybody thought that ferns must grow from invisible seeds. Ergo, when you found those invisible seeds, they would surely make you invisible, too.

But if the seeds are invisible, how are you going to find them? Word got around that this was easiest on Midsummer’s Eve, when ferns produced bushels of invisible seeds. So in Bohemia, girls spread white cloths under the ferns to catch the seed. In Estonia, the seeds were gathered in a special basket and taken to the church to be blessed. In Russia, after you successfully collected your fern-seed, you could command the devil to show you where treasure was buried. Lucky you!

Things were a bit different after the Church changed Midsummer Night’s Eve to St. John’s Eve.   You were supposed to take out a stack of twelve pewter plates, one for each of the apostles. You put the plates under the fern and when the seed fell, it passed invisibly through the plates until it came to rest on one. Which one? If you knew, it was said that you had the secret “recipe of fern-seed” and could “walk invisible,” like Shakespeare’s Gadshill.

So there you have it, How to be invisible. If you don’t believe me, or Shakespeare, try it for yourself. On Midsummer’s Eve, find yourself a fern and spread a white hanky under it. When the fern-seed falls, tie up the hanky and put it in your pocket. Then go look in the mirror. If you’re invisible, write and tell me about it. If you can see yourself—well, I guess you just didn’t have the secret recipe.