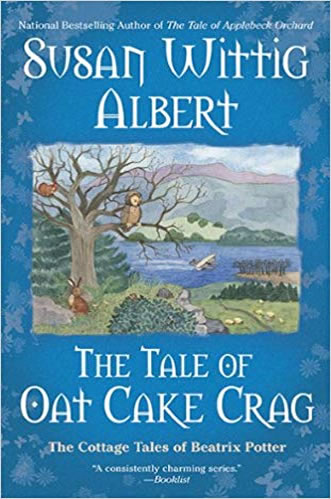 Once again, Miss Beatrix Potter has returned to her farm, a place of refuge from her parents. Sadly, she knows they will disapprove of her secret engagement to solicitor Will Heelis just as they disapproved of her engagement six years earlier to her editor, Norman Warne.

But there are other threats. It is March, 1912, and war with Germany is a dark cloud on the horizon. Winston Churchill, First Lord of the Admiralty, has become increasingly interested in flying machines, and one of his projects involves the testing of a new hydroplane on Lake Windermere, near Miss Potter’s farm. When the man who was funding the project is found dead, it seems entirely possible that he was killed  one of the villagers, irate over the disturbances created by the tests. But who?

And there are other puzzles to solve as well. Who has been writing poison-pen letters to Miss Potter’s friend Grace? Who is planning to marry the local vicar? What about Miss Potter’s own romance with solicitor Will Heelis? As always, the village animals–especially Rascal the dog, Professor Galileo Newton Owl, and Thorvaald the teenage dragon–are on hand to help Miss Potter make sense of it all. 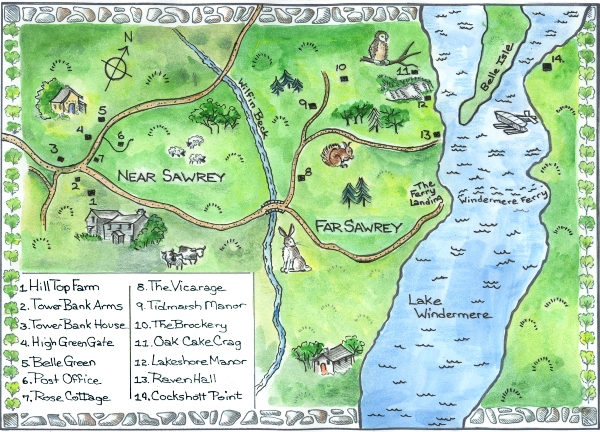 Praise for The Cottage Tales of Beatrix Potter

“The narrator [of the Cottage Tales] is a time-traveling wonder, capable of living in the past—1912 in this book—and giving readers the perspective of a modern person. Plus she has a wonderful, wry sense of humor…if she isn’t the best narrator in the business, I don’t know who is!”
—The Cozy Library

“Because you are fond of fairy-tales…I have made you a story all for yourself, a new one that nobody has read before.”
—Miss Beatrix Potter

“Albert successfully conveys the atmosphere of Potter’s own writing and pictures…The reader is plunged into a magical yet real world of people with problems and animals with common sense. This is the first of a series. Bring on the rest!”
—Janet Overmyer, www.Iloveamysterynewsletter.com

“An exceptional mystery novel where we not only get to see some puzzles solved, but we also meet some wonderfully rich and vibrant characters. The reader also gets a wonderful picture of English village life and a tantalizing look into the heart and soul of one of the world’s most famous children’s book writers.”
—The Looking Glass Review

“…This is a book for all ages, but it seems to fit the bill perfectly for middle-schoolers who are looking for mysteries and like animal stories…Beatrix is not only an author and illustrator, she is a first-rate sleuth. We bet this series will appeal to you and your middle-school mystery fan.”
—The Detroit Free Press

The Cottage Tales of Beatrix Potter