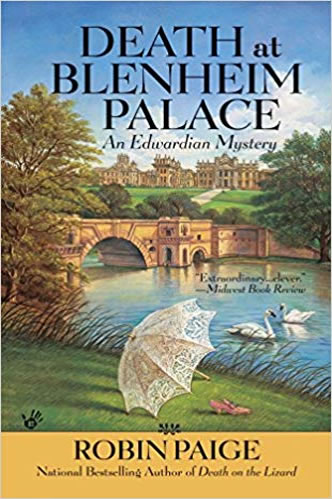 The marriage between the Duke of Marlborough and 17-year-old Consuelo Vanderbilt, the American railroad heiress, was the talk of two nations when it occurred in 1895. The marriage was arranged by the bride’s mother, even though Consuelo had given her heart to someone else. The press called her a “Dollar Princess,” the name given to the many American heiresses from newly wealthy families,who married title-rich but cash-poor British aristocrats.

Death at Blenheim Palace is complex, richly detailed, and full of surprises.

See a painting of Gladys Deacon