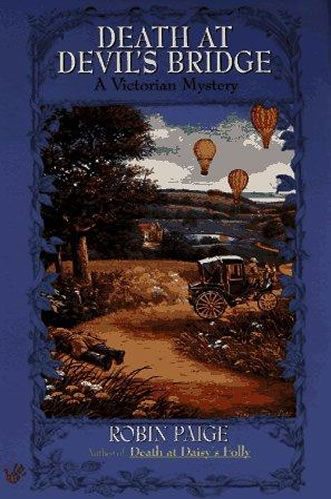 It is 1896, and newlyweds Charles and Kate Sheridan have established their residence at Kate’s ancestral Georgian home, Bishop’s Keep, where Kate plans to devote herself to her writing and Charles to the responsibilities of the landed gentry.

The couple agree to host an automobile exhibition and balloon race at Bishop’s Keep. These are early days in the British and European automotive industry, and the race will pit petrol-powered, steam-powered, and electric automobiles against one another to see which performs best. The era’s foremost investors and inventors attend, among them Henry Royce and the young (and ill-fated) Charles Rolls.

But speed, competition, and money prove to be more explosive than gasoline—and for one automobile builder, more deadly.

“I read it with enjoyment . . . I found myself burning for the injustices of it and caring what happened to the people.”
–Anne Perry

Read about the first-ever auto race.

For the real story of how Rolls and Royce met, look here.

Charles Rolls made the first round-trip flight across the English Channel in June, 1910. He was killed when the tail broke off his airplane just a month later, becoming the first Briton to die in an aeronautical accident. Read about the Channel flight here.