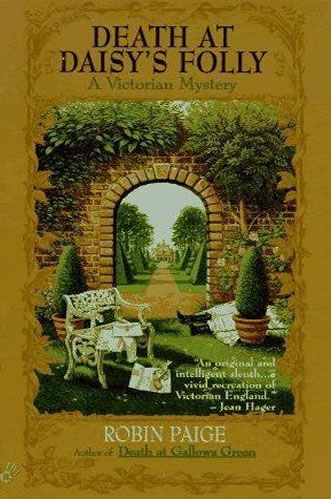 “I read it with enjoyment . . . I found myself burning for the injustices of it and caring what happened to the people.”
–Anne Perry, author of the Charlotte and Thomas Pitt historical novels

Sir Charles Sheridan is many things–an amateur scientist, a renowned photographer, and a skilled detective. And due to Victorian customs, he will soon become a baron, making Irish-American  penny-dreadful writer Kate Ardleigh an unsuitable candidate for a wife. But even as custom keeps them apart, murder seems to bring them together . . .

The Countess of Warwick, Lady Frances Brooke (known to all as Daisy), is the subject of endless gossip about her fiery temperament, willful ways, and decidely unladylike behavior. But what happens during a weekend house party at her Easton estate is uglier than any rumor–especially because Bertie, the Prince of Wales and Daisy’s current lover, has joined the party.

First, a stableboy is killed. Then a nobleman is murdered at the Easton folly, the small, decorative garden building that is Daisy’s well-known trysting spot.   Anxious to avoid scandal, the Prince of Wales asks Sir Charles to identify the killer–and Charles finds himself in need of the talents of Miss Ardleigh.

“A neatly-plotted tale of mayhem among the racing set…a clever, richly-detailed whodunit. Readers who like their historical mysteries on the lighter side will find much to enjoy here.”
—Publishers Weekly The Victorian Gothic mansion on the Easton estate  was partially destroyed by fire in 1918–a fire that is thought to  have been started by one of Daisy’s pet monkeys.  Rebuilt, Daisy lived there until her death in 1938. The entire estate was requisitioned by the War Office during WW2, and thousands of trees were felled to make way for Dunmow Airfield.

But the gardens were recently restored, including several follies–one of them a treehouse built so that Daisy could entertain her special friends at treetop level. They are open to the public. You can visit them (virtually) here. There’s also a history of the estate on the website, with details of Daisy’s extensive (and unconventional) political and social interests. 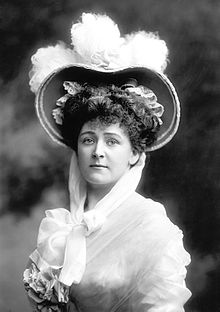