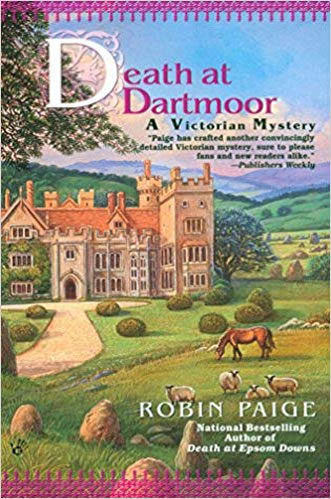 “A fantasia on themes from The Hound of the Baskervilles whose focus on the Sheridans shows an altogether more lighthearted side of the moors than Doyle ever revealed.” —Kirkus Reviews

Lord Charles Sheridan and his American wife, Kate, have heard some truly awful things about Britain’s most notorious prison. But Dartmoor and its mist-shrouded environs hold special appeal for both Sheridans. Kate hopes to find inspiration for her new Gothic novel, while Charles plans to implement a fingerprinting program at the prison. He also hopes to arrange a meeting with one of its most infamous inmates, Samuel Spencer. He’s convinced that Spencer—a Scotsman who admitted to killing his wife—is, in fact, innocent. What’s more, he believes he has the evidence to prove it. But Spencer continues to maintain his own guilt—and, as if to confirm it, he soon stages a daring prison escape.

Lord Charles and his friend Arthur Conan Doyle (joined by Jean Leckie, his platonic friend and later his second wife) are most perplexed by this odd turn of events.

And when a body turns up on the moor, it’s up to the two men—and the clever Kate—to discover if the missing convict is connected to this murderous new case…

There are plots a-plenty in this intricately-woven story, together with lush descriptions of a beautiful landscape and lots of Gothic atmosphere. A must-read addition to the Robin Paige series!

“A fantasia on themes from The Hound of the Baskervilles whose focus on the Sheridans shows an altogether more lighthearted side of the moors than Doyle ever revealed.”
—Kirkus Reviews

“Robin Paige’s detectives do for turn-of-the-century technology and detection what Elizabeth Peters’ Peabody and Emerson have done for Victorian Egyptology.”
—Gothic Journal 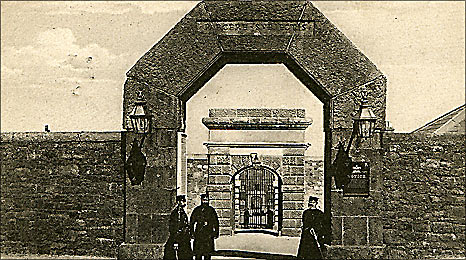 To learn about the long and troubled history of Dartmoor Prison, read this post from the BBC.

For a biography of Jean Leckie and an album of photographs, go here.

To take a visual tour of Dartmoor’s wild landscapes, check out this site.