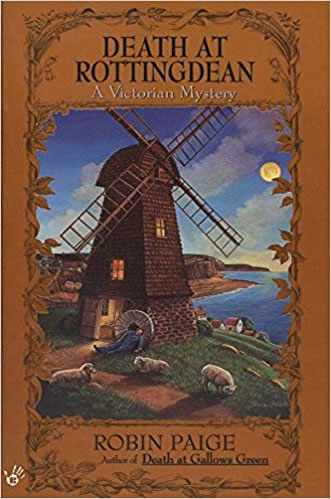 “Robin Paige provides fans with an excellent historical mystery that will have them searching for the previous novels in this special, one-of-a-kind series.”
—Midwest Book Review

Lord and Lady Sheridan (Charles is now Baron of Somersworth) have taken a house for a few quiet weeks in the late summer of 1897, in the lovely sea-coast village of Rottingdean.

Long known as Smugglers’ Village, the hamlet sits on a labyrinth of ancient tunnels. When the body of a coast guardsman is pulled out of the Channel, Kate and Charles suspect that the town is still plying the illicit trade–contraband smuggling–that it practiced the century before, when smuggling was the only source of income for villages along the south coast. With the help of author Rudyard Kipling (who is just beginning his novel, Kim), they discover that the old tunnels, long thought abandoned, now harbor new and frightening secrets. And that the famous Rottingdean windmill is being used to send signals to a waiting ship.

But is it just smuggling? With Germany just across the Channel, rumors of war in all the newspapers, and fears of German invasion spreading across England, it isn’t any wonder that espionage and treachery are suspected.

“I read it with enjoyment . . . I found myself burning for the injustices of it and caring what happened to the people.”
–Anne Perry

“Dualities abound in Paige’s mix of real and fictional characters…This adventure is just as much fun as the others have been.”
—Publisher’s Weekly 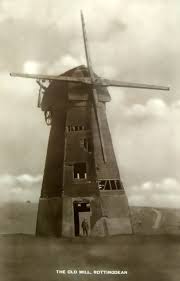 For a brief history of Rottingdean’s smuggling past, read this article.

Read about Erskine Childers’ immensely popular invasion novel of 1903, The Riddle of the Sands.