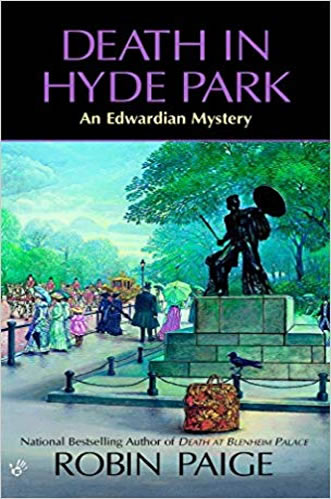 Queen Victoria is dead, long live King Edward! Kate and Charles Sheridan are attending the new king’s coronation ceremony when an anarchist blows himself up in Hyde Park, with a bomb that was obviously meant for the Royals.

Now, it’s up to Kate and Charles to discover who is threatening the Crown, and how a brash and arrogant American author named Jack London is involved. Who are the terrorists and what dangers do they really pose? Are the anti-terrorists even more frighteningly dangerous? What happens to truth and innocence when Scotland Yard conspires to spin a spider’s web of lies and false evidence?

If you think these are only contemporary questions, join Kate and Charles Sheridan as they are unwillingly dragged into the dangerous world of turn-of-the-century terrorism.

To see some of the amazing photographs Jack London took when he visited Whitechapel, click here.

To see Achilles’ statue (where the anarchist’s bomb went off),  look here.

View the coronation of Edward VII and Queen Alexandra, here.

You think traffic is bad where  you live? Check out this short film of turn-of-the-century London.