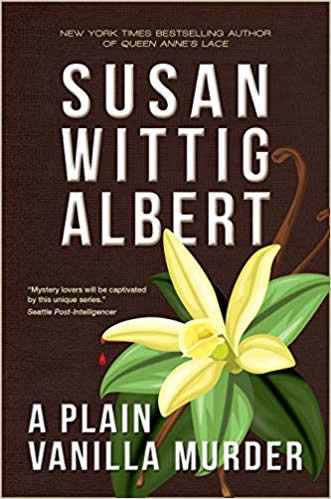 “One of the best-written and [most] well-plotted mysteries I’ve read in a long time.”
Los Angeles Times

China and Ruby Wilcox are presenting their annual “Not Just Plain Vanilla Workshop,” always a huge hit with customers at Thyme & Seasons Herb Shop. But someone involved with the workshop is driven by a deadly motive, and China soon finds herself teaming up with the very pregnant Pecan Springs police chief Sheila Dawson to solve a vanilla-flavored murder.

Sheila, happy to be get out from behind the chief’s desk, is investigating the death of a botany professor, a prominent researcher specializing in vanilla orchids. China is trying to help a longtime friend: the dead professor’s ex-wife and a prime suspect in his murder.

However, there’s no shortage of other suspects: a betrayed lover, a disgruntled graduate student, jealous colleagues, and a gang of orchid smugglers. But the lethal roots of this mystery reach back into the dark tropical jungles of Mexico, where the vanilla vine was first cultivated. At stake: a lucrative plant patent, an orchid that is extinct in the wild, and the life of an innocent little girl.

A Plain Vanilla Murder is a flavorful blend of mystery and herb lore, present sins and past secrets, and characters who are as real as your next-door neighbors—stirred together in an absorbing novel that only Susan Wittig Albert could create.

Bonus: A note from Susan on the intriguing story of vanilla (the orchid, the spice, the cash crop, and the artificial flavoring), plus creative ways to use vanilla beans. 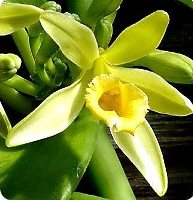 And for a stunning tour of the orchid house at the New York Botanical Garden (including a close look at the vanilla orchid) go here. Well worth the time.

“Another truly riveting read for dedicated mystery buffs by a true master of the genre.”
—Midwest Book Review

“Susan Wittig Albert’s spectacular mystery series has it all: engaging and intelligent characters, a solid mystery, and the kind of setting that makes you want to climb inside the pages of her books.”
—Fresh Fiction

“[Albert] consistently turns out some of the best-plotted mysteries on the market.”
—Houston Chronicle

“One of the best-written and [most] well-plotted mysteries I’ve read in a long time.”
Los Angeles Times

“Albert’s dialogue and characterizations put her in a class with lady sleuths V. I. Warshawski and Stephanie Plum.”
—Publishers Weekly