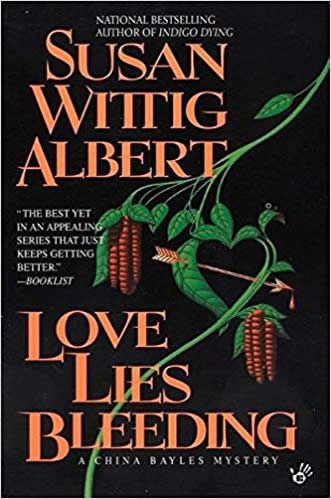 “The best yet in an appealing series that just keeps getting better.”
—Booklist

Investigating the suicide of a former Texas Ranger, China discovers that the roots of avarice, ambition, and desire go deep—even into her own relationship with McQuaid. When good cops go bad, China learns a tough lesson in love. She also discovers the catastrophic effects of addictive herbs: cocaine, heroin, and marijuana. 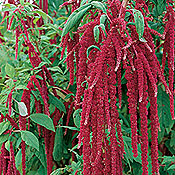 Love-lies-bleeding, prized for its rope-like, blood-red blossoms, has traditionally been used to stanch bleeding and treat internal hemorrhage. In the Middle Ages. it was worn by knights to symbolize purity and truth; by the Renaissance (when it was used to treat venereal disease) it had become a symbol of corruption.

Your reading group might enjoy some hot chocolate while they talk about the book.

Combine and store in a closed container until you’re ready to use it. To make the hot chocolate, add ¾ cup of the mix to 2 cups water and simmer for 4 minutes. Stir in 6 cups milk. Add 1 tsp vanilla and a dollop of whipped cream, and serve to six people (to three, if they’re really thirsty).