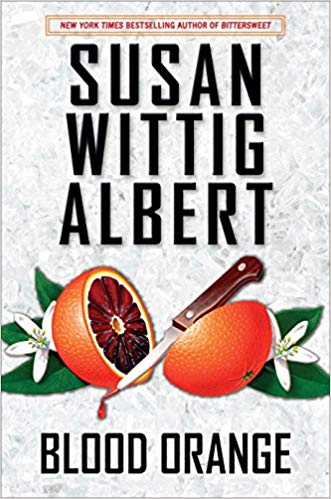 It’s mid-April in Pecan Springs, and China is renting her guest cottage to Kelly Kaufman, who needs a temporary place to live as she contends with a very acrimonious divorce from her husband Rich. One nasty point of dispute is her part ownership of the Comanche Creek Brewing Company, which she is refusing to sell.

At the same time, Kelly (a nurse employed by a local hospice), has discovered instances of suspicious practices. Even more disturbing, she suspects that a patient was murdered. Kelly’s knowledge could be dangerous, and she wants to get guidance from China on what to do.

But on her way to China’s house, Kelly is forced off the road and critically injured, putting her in a medically induced coma. Now it’s up to China to determine who wanted her out of the picture. Was it her soon-to-be ex? His new lover—who happens to be the sister of China’s friend Ruby? Or someone connected with the corruption at the hospice?

China owes it to her friend to uncover the truth—but she may be putting her own life at risk . . . 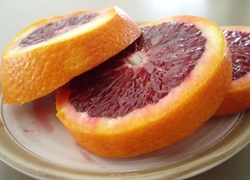 In the early 1990s, a gardener in Moorpark, CA, was startled when she saw something very unusual on her favorite Valencia orange tree. The oranges on one limb of the tree were reddish, and the fruit was blood red. A local farm advisor clued her in. Her Valencia orange had repeated a mutation that first occurred in China, where blood oranges made their first appearance centuries ago.

Traditional Chinese herbalists used oranges to treat the digestive and respiratory systems: improve digestion, relieve intestinal gas and bloating, and reduce phlegm. But the medicinal orange came into its own in the west in 1747, when a ship’s doctor in the British Royal Navy discovered that oranges (and other citrus fruits) prevented scurvy in sailors on long sea voyages. Now, we know that oranges are high in vitamin C, and that citrus flavonoids are potentially antioxidant, antiviral, and anti-inflammatory.

Click above for PDF, which includes China’s recipe for real homemade ginger ale. You may print or download and share with your book club or friends.